ADVACAM’s MiniPIX detectors are teaching the next generation of physicists

An Interview with Daniel Parcerisas Brossa, Co-founder of the ADMIRA Project and Head of the Science Department at Col·legi Sagrada Família Gavà 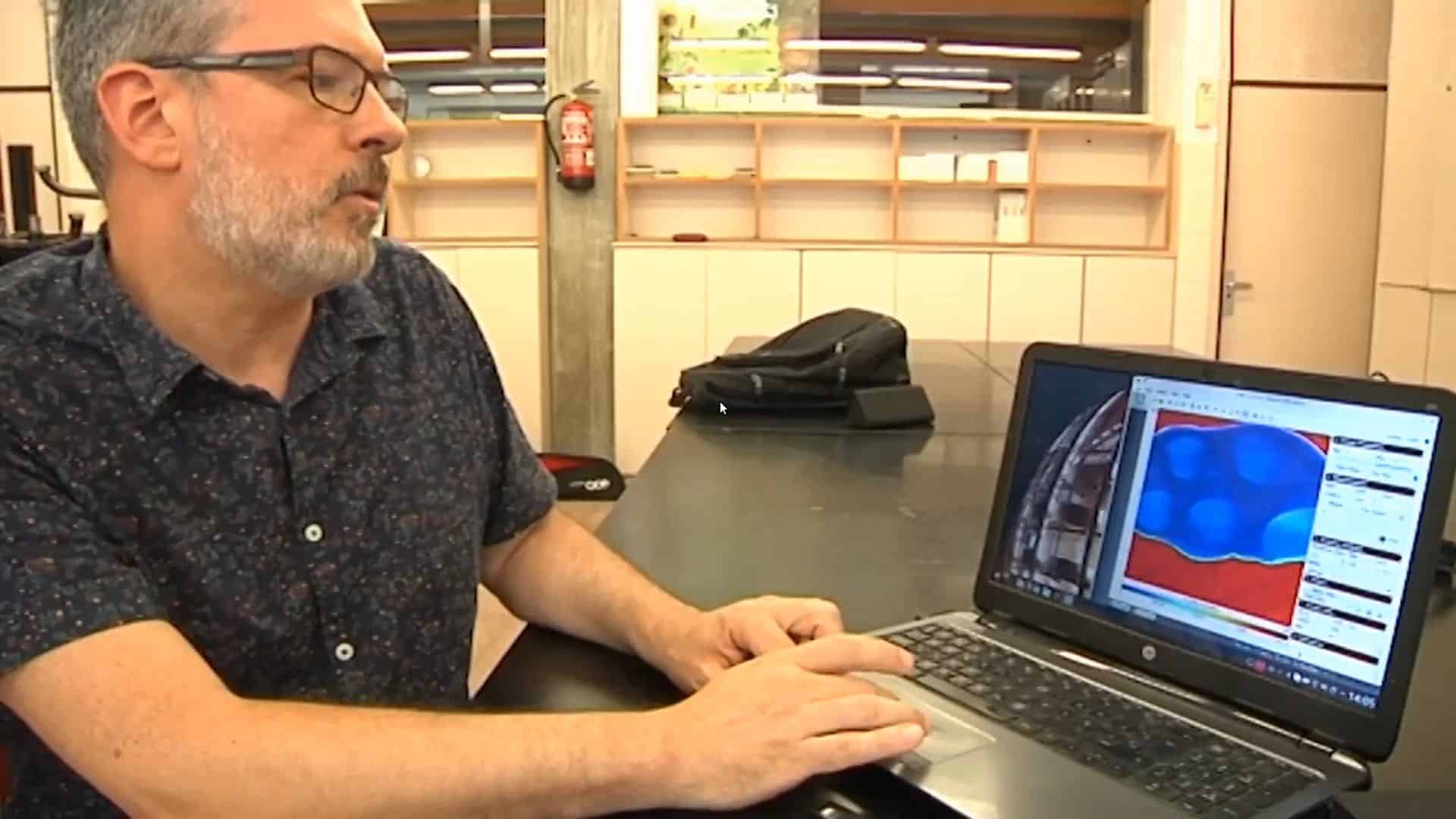 Daniel Parcerisas Brossa, Co-founder of the ADMIRA Project and Head of the Science Department at Col·legi Sagrada Família Gavà.

At ADVACAM, we are convinced that combining the study of theory with experimentation is essential for the right understanding of physics. Unfortunately, secondary school students with an interest in the subject don’t usually have access to the high-tech and (in the past) expensive equipment that would enable them to observe, and therefore better understand, the abstract world of particle physics and radioactivity that lies beyond the scope of sensory perception. The direct experience students have working with imaging technology that is able to visualise real processes happening at the sub-atomic level makes abstract concepts tangible, which is generally followed by the “Aha, I see” moment. Students are able to understand that what appears as complicated theories in textbooks is nothing more than straightforward descriptions of effects that they have personally observed.

Advancing education through hands-on experience is why ADVACAM is proud to be part of the ADMIRA project—an ambitious educational initiative in Spain designed to help high school students develop both their knowledge of particle physics and their practical experience working in the lab. ADVACAM provided one of its MiniPIX imaging detectors imaging detectors (based on the Medipix family of detectors developed at CERN) to help launch the pilot project and has expanded its participation with ADMIRA as the project has grown.

Inspired by the pilot project’s success, ADVACAM has also developed MiniPIX EDU—a customised, cost-optimised photon-counting detector based on the compact, state-of-the-art MiniPIX detectors used for a wide range of purposes, including by NASA to measure radiation on the International Space Station (ISS). To reduce costs, the overall robustness and production criteria have been adjusted for simplified, earth-bound use in classrooms, but the detector’s sensitivity and imaging properties remain uncompromised. ADVACAM is proud to play an active role in strengthening science education by making these lower-cost MiniPIX EDU detectors available to educators and students worldwide.

The ADMIRA Project was co-founded by Daniel Parcerisas Brossa, Head of the Science Department at the Col·legi Sagrada Família in Gavà near Barcelona, together with physicists at the University of Barcelona, engineers at CERN, and other Catalan educators. The project’s aim is to support the teaching of physics at the high school level by providing students with access to the state-of-the-art tools of modern physics. ADMIRA in Catalan stands for Activitats amb Detectors MediPix per Investigar la Radiació a l’Aula, which in English translates as “Activities with Medipix Detectors to Research Radiation in the Classroom.” In Catalan admirar also means to admire. 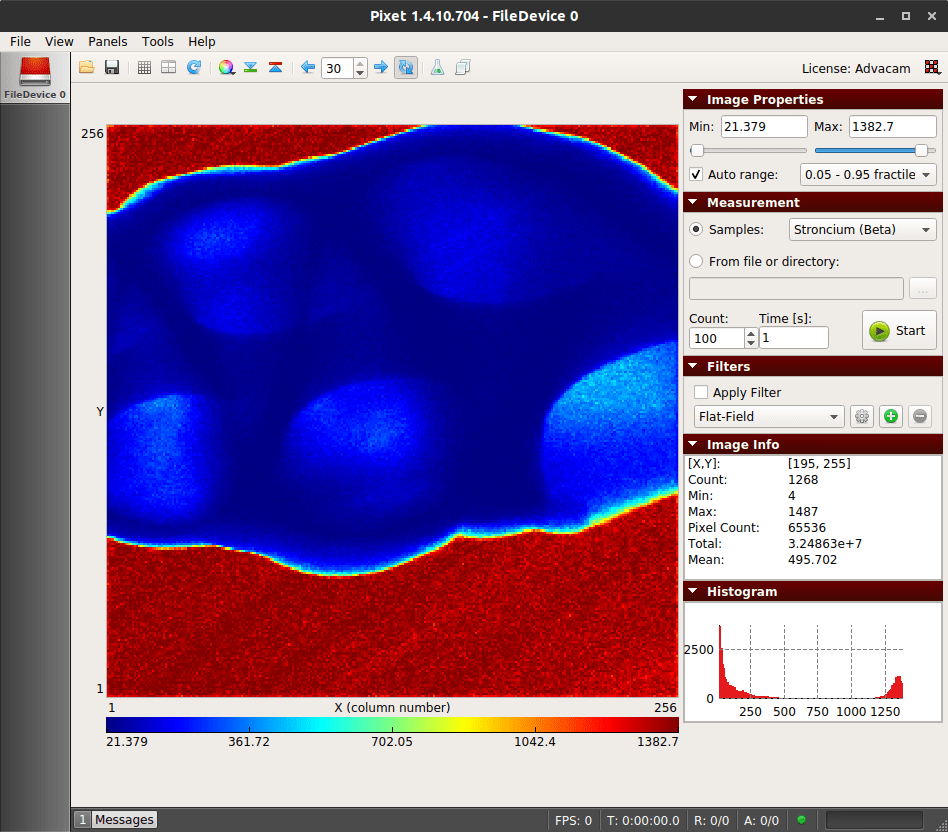 X-ray of a small sea snail

To learn more about the ADMIRA Project Markéta Kinská, ADVACAM’s PR Manager, spoke with the project’s co-founder Daniel Parcerisas Brossa, who explains its origins and impact.

How did you first find out about photon counting detectors?
Dr. Rafael Ballabriga, one of the engineers responsible for the design of the Medipix chipset at CERN, studied at the school where I teach physics. He came to give a lecture about CERN two years ago, and my coordinator—his former physics teacher—introduced me to him as the current physics teacher at the school. After the conference, Rafa and I started to talk about the possibility of using one of the Timepix detectors [part of the family of Medipix detectors] in my classes, and he asked if I would like to borrow one. Of course I answered with an enormous, “Yes, I would!”

Is that how you decided you would like to use the detectors to teach physics to students?
Yes. I immediately saw the many great opportunities it offered students to do physics far beyond what they would normally do in a school physics lab, especially in advanced secondary education. So we decided to give a small group of 16-year-old students the opportunity to use the detector in a pilot research project. The next time Rafael came to Gavà he brought a detector and gave a lecture on how to use it to the four students selected for the program. From that moment on, I began preparing several workshops for my students, and I realised that not only this small group of students could benefit from using this device, but that all physics students at the school should work with the MiniPIX detector [developed by ADVACAM].

How does it help in teaching students?
It helps in many ways, especially to understand the most abstract principles that are the furthest removed from their daily experience. It enables them to use this almost-magical device that allows them to see invisible things very easily. They can also measure energy levels and make some interesting computations, which in combination with a spreadsheet becomes an incredibly powerful tool.

Are there specific topics (such as having a better understanding of radiation) that working with the MiniPIX detector can teach them?
Yes, there are. I mainly use the detector to teach about the different types of radiation and their different behaviour in interaction with matter. As the students can measure energy levels, they can prove that the classical model is sufficient to describe alpha radiation, but they need to use the relativistic model to describe beta radiation. They can also calculate the momentum of the photons of gamma radiation and the wavelength of the electrons of beta radiation. That's real modern physics being done in my school lab. In addition, we visit the university to use the detector with an X-ray source so that we can do some experiments with X-rays and observe different internal structures of daily objects—electronic components, wires, bones, etc. It also allows us to introduce, in a very natural way, some concepts regarding security and protective techniques against radiation.

Do the students appear to show more interest in physics and understand it better?
Yes, most certainly! Most of my students are, of course, interested in physics and especially modern physics. These are difficult concepts that carry a mystical component. They have heard about these things in science fiction movies or from some science Youtubers. Now they can work with a real particle detector designed at CERN—a small piece of technology used on the International Space Station to measure radiation. For each student, the first time that they scan a radioactive source with the detector and the screen starts to show the impact, you can hear them go, “Wow!” 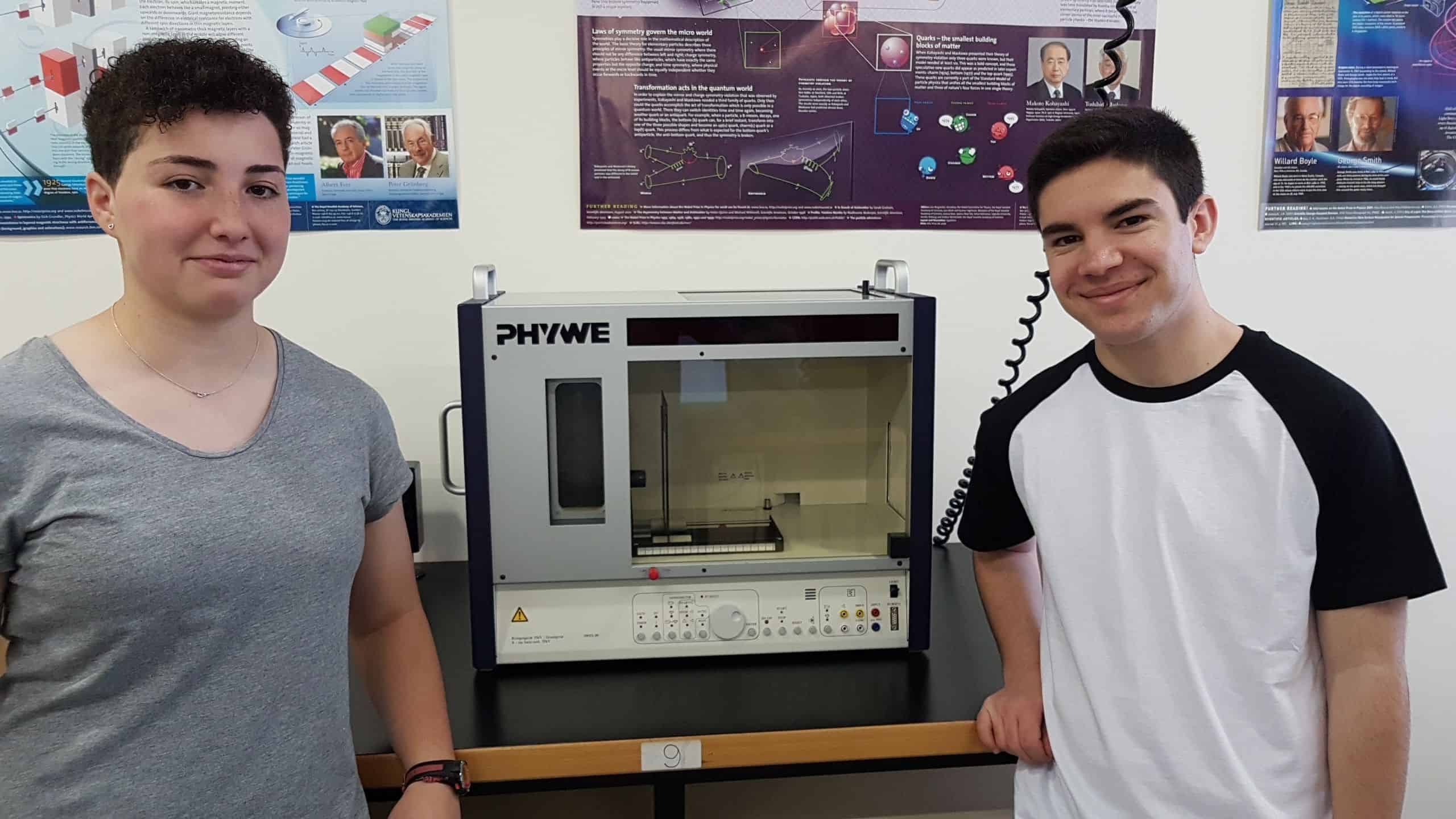 What’s the best part of it?
Using the MiniPIX detector allows students to study modern physics in a new way that increases their creativity and interest in the subject. For example this year I had a couple of students who created a system to rotate the detector and take measurements of the number of muons hitting the detector from each angle. Analysing their results, they concluded that there are more muons in vertical than in horizontal trajectories. Not too bad for a boy and a girl of seventeen years old.

Do you have any plans to expand the use of MiniPIX detectors in schools?
I am currently working with Rafael Ballabriga and Eugeni Graugés, the Associate Dean of Physics at the University of Barcelona (UB), to create Project ADMIRA—a teacher’s training programme in association with the Professional Development Institute at UB. Currently we have 50 teachers participating in this training program, and 12 are sharing two MiniPIX detectors to use with their students. Unfortunately, the current situation has interrupted the program, but in its place we have initiated a conference cycle about particle physics, photon-counting detectors and radiation, with quite good attendance from both teachers and students. 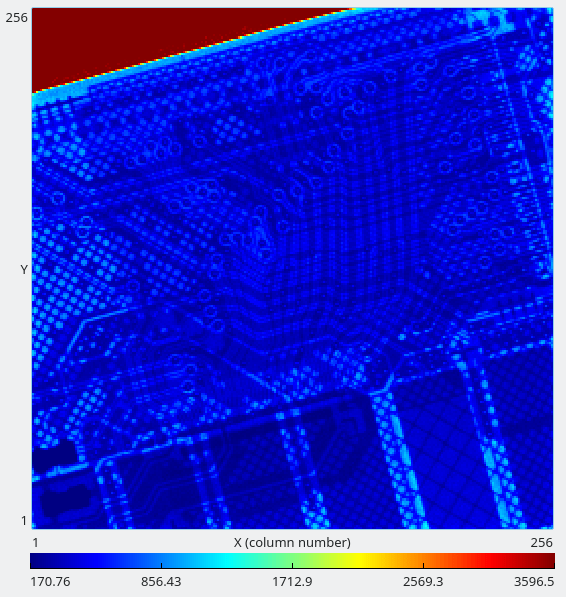 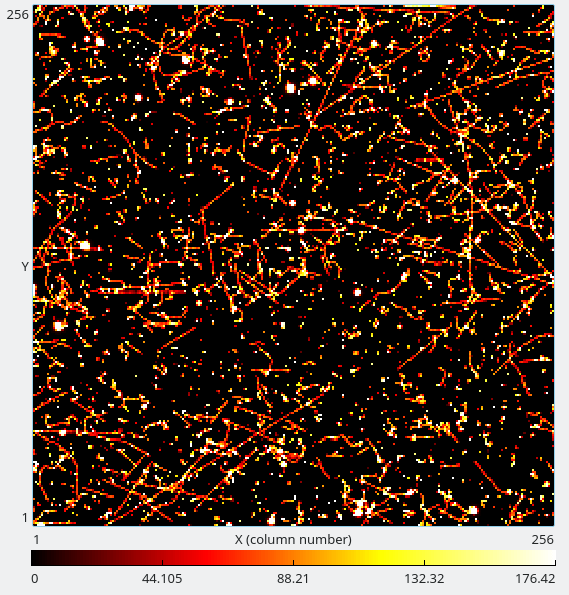