ADVACAM recently won a contract for flip chip bonding of AGIPD modules. The Adaptive Gain Integrating Pixel Detector (AGIPD) is an X-ray imager designed for European X-ray Free-Electron Laser (XFEL) at DESY in Hamburg, Germany. The AGIPD detector system can be considered as a super-fast camera taking photos at a time resolution of hundreds of nano seconds.

“AGIPD is a fast, low-noise integrating detector, with an adaptive gain amplifier per pixel. This has an equivalent noise of less than 1 keV when detecting single photons and, when switched into another gain state, a dynamic range of more than 104 photons of 12 keV. In burst mode the system is able to store 352 images while running at up to 6.5 MHz, which is compatible with the 4.5 MHz frame rate at the European XFEL.” Read more here

The work consists of flip chip bonding of 162 pcs of 2x8 multichip Si modules and fabrication of 10.77 cm x 2.8 cm large, 500 um thick, monolithic Si sensors on 25 sensor wafers. The current trend with hybrid pixel detectors using silicon sensors is to produce larger modules, and these sensors are so far the largest manufactured by stepper-based lithography at ADVACAM. The Si sensor fabrication process has been polished during the last two years and high-quality patterning and high electrical yields are expected. Eventually, the modules will be used for studying scattering patterns of the imaged samples in the energy range from 7 to 15 keV.

Figure 1 Radiation test on one of the first AGIPD 2x8 Si modules. The bump bonding yield is nearly perfect.

Awarding the project to ADVACAM means that the company is considered a trusted pixel detector assembly and sensor fabrication partner. Similar flip chip bonding projects have been successfully done in the past, but this is the first time ever when ADVACAM delivers both the flip chip and the sensor manufacturing services for the same scientific experiment. The production is a successful continuation for the smaller R&D activities done for DESY and customers working in the industrial field. The AGIPD work will cover 25% - 35% of the company’s turnover in 2019. 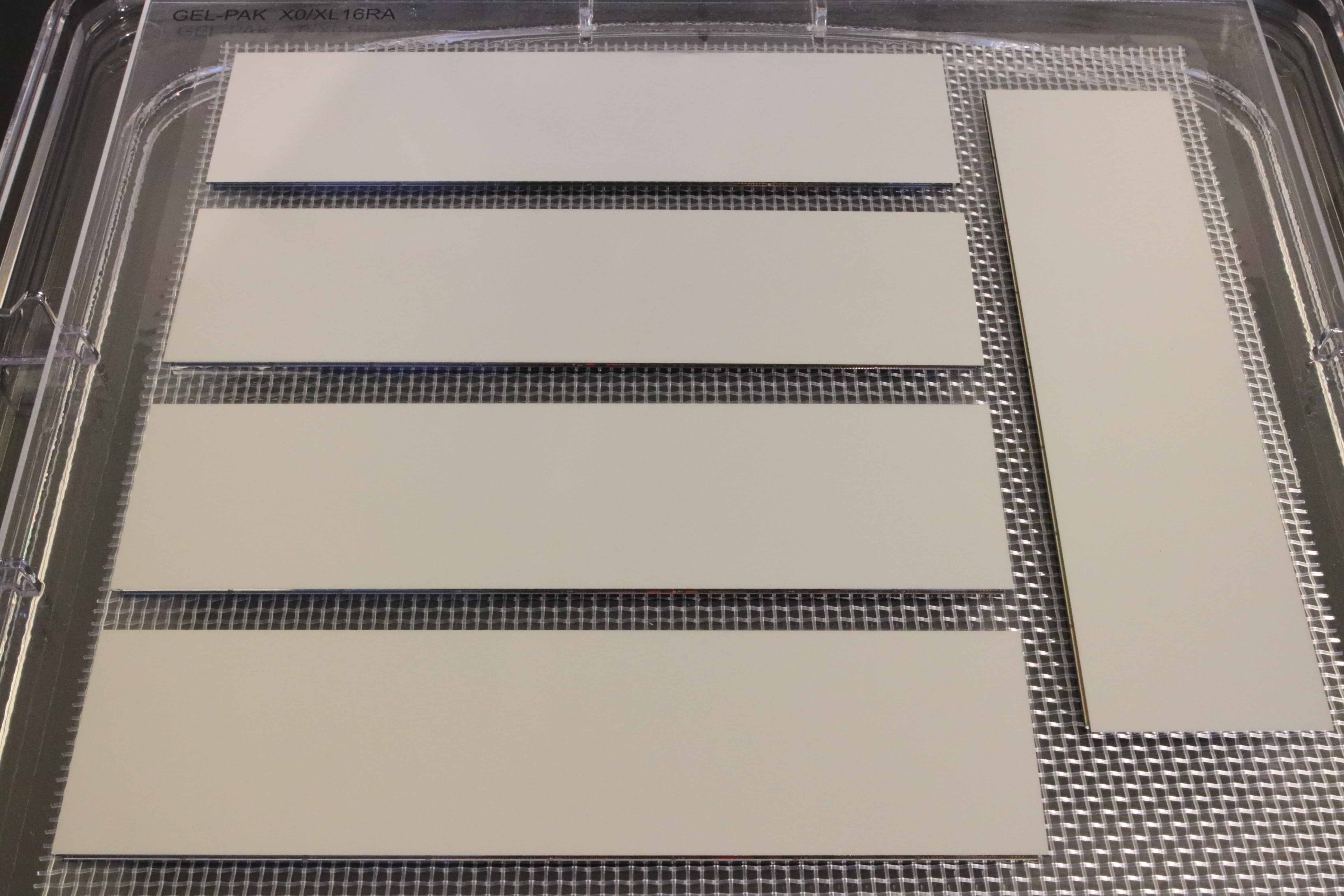