Advacam will contribute to the big science again as it closed a contract for flip chip bonding of 300 pcs of VeloPix triplet modules for the LHCb VELO upgrade. Each module composes of three thinned CMOS ASICs having 65,792 solder bumps per chip that are bonded to a 200 um-thick monolithic silicon (Si) sensor module. The LHCb (Large Hadron Collider beauty)  is one of the main experiments by the Large Hadron Collider (LHC) accelerator line.

Sami Vähänen, CTO of Advacam sees the VeloPix contract to be very valuable for Advacam. “We are proud to contribute to this fundamental science. The work is technically challenging and the production volume is moderate, which is a perfect fit for our talented team”.

Advacam works closely with CERN, and the company has previously taken part in flip chip bonding of Si pixel modules for the upgrade of the CMS experiment. There are also on-going R&D activities for the ATLAS experiment and a collaboration with Medipix. In 2017, Advacam joined the Finnish business incubator programme of CERN. The company aims at becoming a significant industrial supplier of pixel detectors in the High-Luminosity upgrade of LHC.

More information on the LHCb provided by CERN as follows:

“The LHCb detector is designed to study the slight asymmetries between matter and antimatter using particles containing beauty quarks. Although absent from the Universe today, beauty quarks were common in the aftermath of the Big Bang, and are generated in their billions in proton collisions of extraordinarily high energy produced by the LHC. By studying the slight differences in decay between the particles containing beauty quarks and their antiparticles to unprecedented precision, LHCb is shedding light on one of the Universe’s most fundamental mysteries: why do we find ourselves today in a Universe made only of matter? The LHCb detector is located in an underground cavern located in Ferney-Voltaire, in France. The experiment is about to enter the last year of operation prior to an upgrade and so far has amassed more than 7 fb-1 of proton collision data and produced more than 400 scientific papers with new physics results, in addition to thousands of derived and detector related publications. The LHCb collaboration (hereafter the “LHCb collaboration”) involves around 700 scientists from 52 institutions in 14 countries. 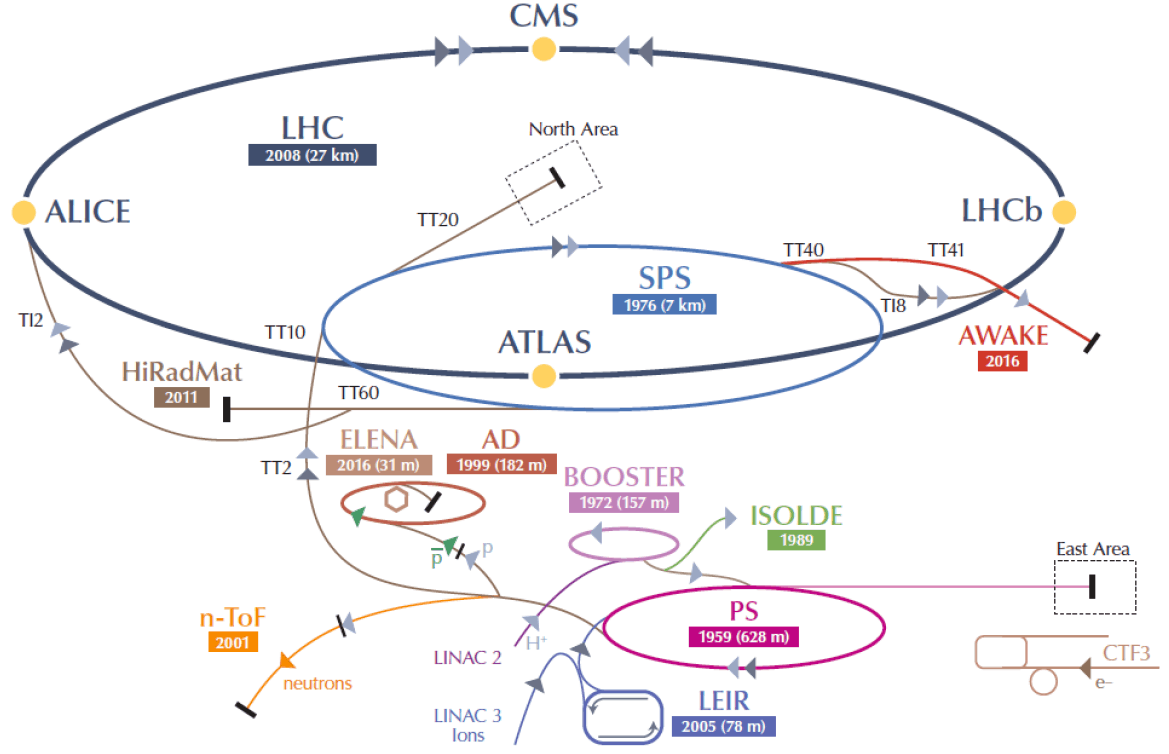 LHCb plans to upgrade the experiment during the forthcoming shutdown and to run at upgraded luminosity and efficiency from 2021 onwards. The VELO will have a similar geometrical layout but the modules will consist of hybrid pixel detectors equipped with electronics capable of reading the entire detector out at the LHC collision rate of 40 MHz. The information from the VELO pixels will be used for fast pattern recognition and precise tracking, and are critical for the reconstruction of the beauty and charm decay vertices. A schematic of the detector is shown in figure 4. The active silicon elements are installed at the centre of the vacuum tank and approach to within 5 mm of the beams. This proximity, in combination with the increased luminosity at the upgrade results in a very high data rate and an accumulated radiation dose over the operational period of approximately 10 times higher than the current detector. A new ASIC has been designed to meet the requirements. It is called VeloPix and originates from the Medipix/Timepix series of ASICs developed for medical and photon imaging together with High Energy Physics applications. In order to cope with the radiation dose and to optimise the material budget both the sensors and the ASICs will be thinned to 200 μm." (DO-31145_Technical_Specification) 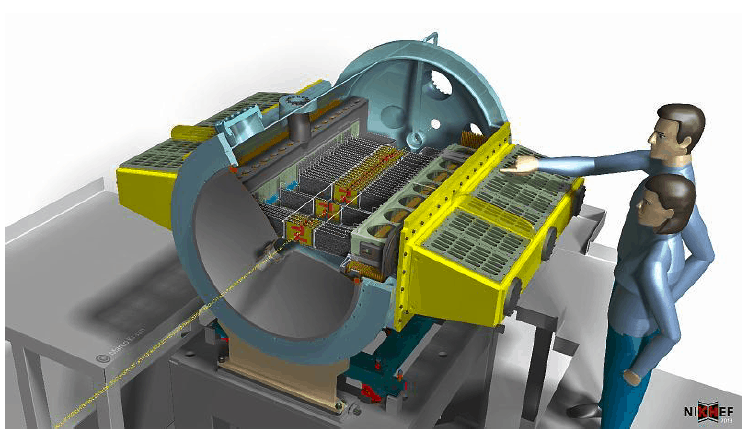 Read more about the LHCb experiment